Antarctic Forum: Can We Navigate Towards ‘Eco-Civilization’ Through Custom Versions of Eco-Tourism?

Did the Forum get it right? A month has passed since the Antarctic Forum completed its voyage to the Southern hemisphere; sufficient time to allow for honest reflection away from the ‘halo effect’ of the voyage. Does blending an [...]

WSDOT held a press conference on Friday to discuss findings regarding the obstruction that had stalled the Bertha Tunnel Boring Machine since December 6. It is an 8 inch well casing, 119 feet deep from a 2002 groundwater investigation associated [...]

Wooster’s Fossil of the Week: A crinoid-rich Lower Carboniferous siderite concretion (part I)

Last year Wooster emeritus geology professor Sam Root generously donated the above pictured siderite concretion to our paleontology collections. He had received it from a friend who didn’t know where it came from originally so we have no [...]

Peter Makovicky introduces us to Siats meekerorum, a new species of dinosaur discovered and described by him and Lindsay Zanno! Watch the YouTube video HERE For more information, read their paper HERE and THIS RELEASE from The Field

A major goal of volcanological science is understand the processes that underlie volcanic activity, and to use this understanding to help to reduce volcanic risk. Advances in instruments and techniques mean that scientists can now measure many [...]

Ice in the ‘hood

Some ice seen this morning, the coldest we’ve yet experienced at our home in the Fort Valley… 4° F when we got up this morning, with windchill around -15° F. Frost nucleated on a “petal” from a tulip tree (Liriodendron [...] 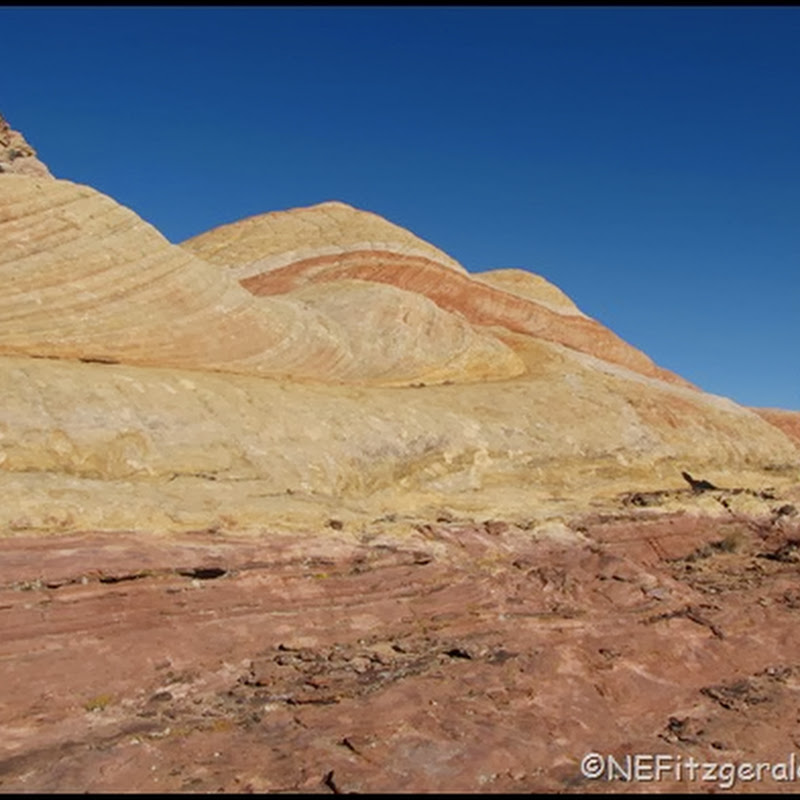 In my previous post of Monday, January 6th I wrote about searching out the Liesegangen banding in the Navajo Sandstone of southern Utah. Walking around near Yant Flat outside St. George we found it easy to become mesmerized by the rocks as the [...]

Lightning: The Forgotten Shaper Of Mountains

A new study published this month in the journal of Geomorphology claims that lightning may play a greater role in the shaping and erosion of mountains than previously thought. Here’s how: Article: [...]
Stratigraphy.net | Impressum
Ads: